Yoko Ono moved from Japan to the USA with her family in the 1940s, and soon became a leading voice in New York’s most interesting artist circles, which worked with happenings, sound art, poetry and film. Alongside colleagues including George Maciunas, Marcel Duchamp and John Cage and others, Yoko Ono developed totally new modes of expression that questioned the artworld’s increasingly commercial preoccupations, and which left heroic high modernism behind.

The Grapefruit exhibition includes a selection of Yoko Ono’s ‘instruction pieces’, which invite us into imaginative ways of looking at existence and at the making of art. A number of experimental films and pivotal early works show Yoko to be a pioneer of conceptual art and the international fluxus movement, and also reflect the artist’s lifelong struggle for peace and love.

Sophie Koch — Konsthopp’s representative of the night, was armed with her camera at the opening of the exhibition. And she got some great shots to share with us. Thanks to Sophie and we hope you enjoy! 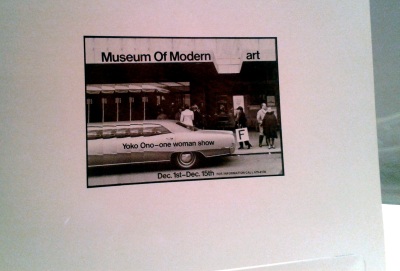 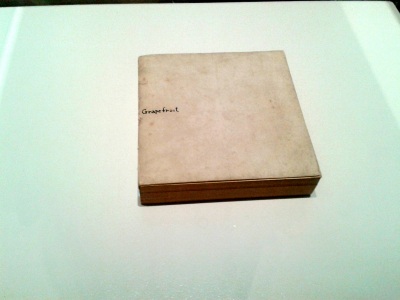 All photographs taken by Sophie Koch / for Konsthopp